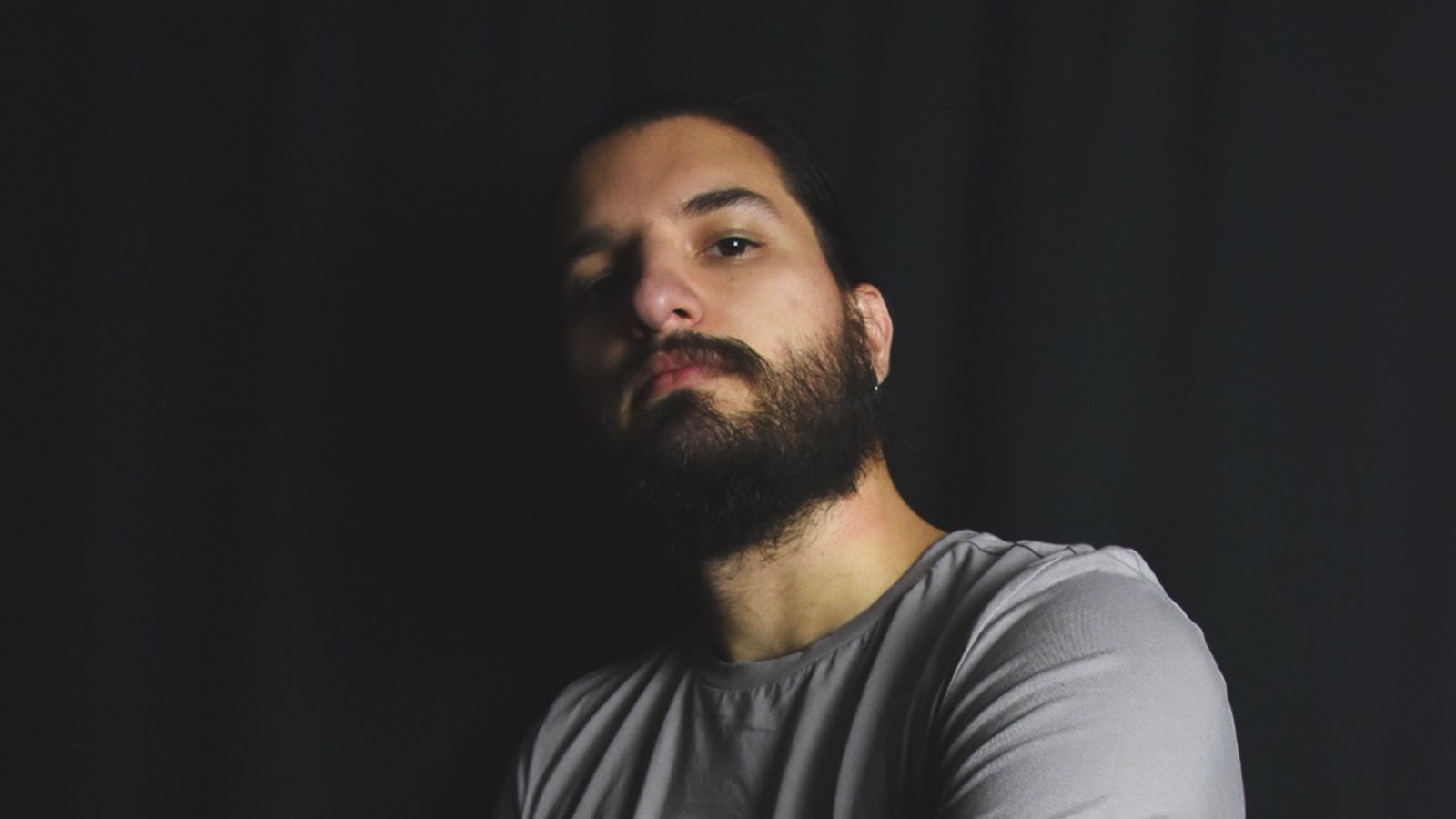 Based on the Japanese concept of Mono no aware (物の哀れ) meaning the realisation of transience and the accompanying feelings of nostalgia, the single is a brooding wistful offering. Cupelli has made use of a myraid of sounds, including a Japanese Shakuhachi flute. The result is a blend of digital and organic, the merging of traditional and modern.

Cupelli explains the concept further: “It’s about nostalgia – something that was lost and found again. The concept of my sound is to find a balance between the modern/minimal classical parts, and the progressive electronic elements. Also, I love the unusual sound of ethnic music from around the world. This is why I decided to use the Shakuhachi on this track. I like to incorporate these sounds in my music, merging the ancient world with the modern digital one.”

Cupelli draws inspiration from artists such as Nicolas Jaar, Nils Frahm and Ryuichi Sakamoto. His own sound is a synthesis of neoclassical elements entwined in atmospheric electronic soundscapes, and he has used his talents to score a string of film soundtracks.

There is talk of a full album in the near future. Watch this space. 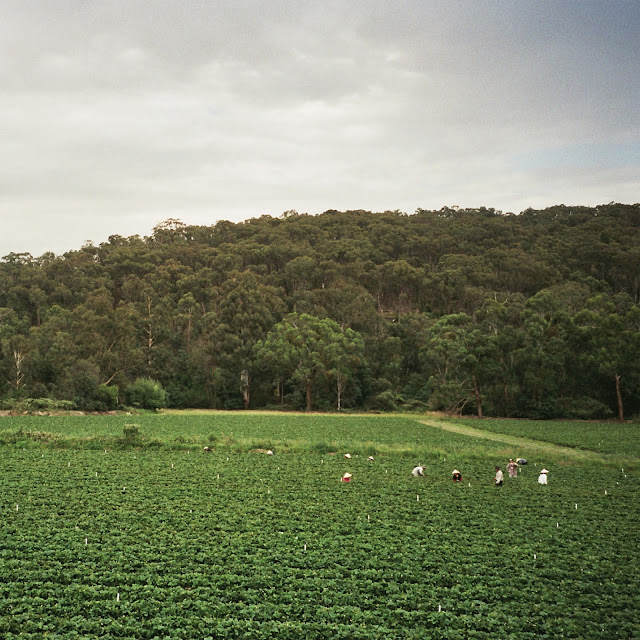 Apollo is delighted to welcome the return of Australia duo Albrecht La’Brooy AKA Sean La’Brooy and Alex Albrecht with their blissful new album ‘Healesville’ recorded in a mud-brick hut on a strawberry crop in the Melbourne countryside.

‘Healesville’ follows on from the bucolic wonder of their Apollo debut ‘Tidal River’ which took inspiration from the duo’s visit to the beautiful Wilson’s Promontory (a remote national park on the South East coast of Australia).

“Late last year, we trekked out to a beautiful mud-brick studio located next to a large strawberry crop in Healesville,” Albrecht explains. “We spent a few days capturing the feeling of the slow-paced, relaxed surrounds: The wildlife, the strawberry pickers, the sounds of the night, and improvising a response to them with music we felt suited.”

Setting up their favoured musical equipment, which included two pianos, a Waldorf, a Nord and a clutch of microphones the long-form improvisations began.

“The physical construct of the hut imparted a warm and acoustically interesting environment to record in,” Alex explains. “It also allowed us to be as close to the strawberry crop itself – we positioned a mic out the window to capture the recordings of the sound outside. During one of the sessions, a harvest was taking place, and you can hear tractors passing and workers talking and laughing in the recording.

Recording the album proved to be as relaxing and civilised a process as listening to it: “We cooked nice dinners, enjoyed good wines, and took plenty of walks through the landscape to break up the sessions,” Alex shares. The resulting record is one of quietly sozzled majesty – a delicate fusion of ambient electronic textures, live instrumentation and field recordings that beguiles and soothes the listener in these troubled times. 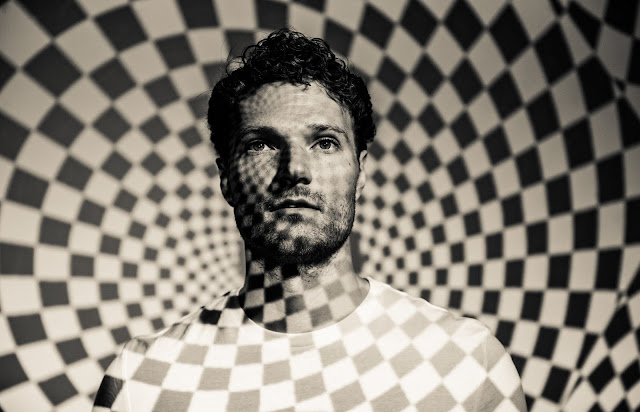 Born, raised and currently based in Halifax, Canada, Rich Aucoin has been fully immersed in
music ever since he can remember, learning how to play almost any instrument he could get
his hands on while also teaching himself production and home-recording. The official music
video for Aucoin’s ‘The Base’ was released on the 7th of June, adding to Aucoin’s stunning
audio-visual portfolio. ‘The Base’ serves as the opener on Aucoin’s third album, Release,
and is the sixth track from the album to have received a video.

‘The Base’ is a percussion-powered track featuring a philosophical message from
neuroscientist, philosopher, and best-selling author Sam Harris about living in the present
moment. The video is beautifully shot and edited, presenting Aucoin, dressed in a suit, in
open natural environments of land and sea. The track and video draw attention to the chaotic
forces of nature, dwarfing the significance of time as defined by human beings and asking us
to carefully contemplate our relationship with time, the natural world, our communities and
ourselves. A brief offering, ‘The Base’ captures the audience’s attention with its unusual
vocal sample and holds it from moment to moment through its dynamic soundscape and
alluring visuals.

A philanthropist at heart, Aucoin has raised money for several charities with his music. He
has cycled coast to coast twice for both Childhood Cancer Canada and The Canadian Mental
Health Association/Mental Health America; cycling to each show. He has also crossed Canada
for the Canadian Heart & Stroke Foundation running a series of half-marathons.

Aucoin is a bold artist inspiring change through his actions. ‘The Base’ and its visual
accompaniment sets the perfect tone for Release, a catalogue of reflection on the personal,
social, political and spiritual. 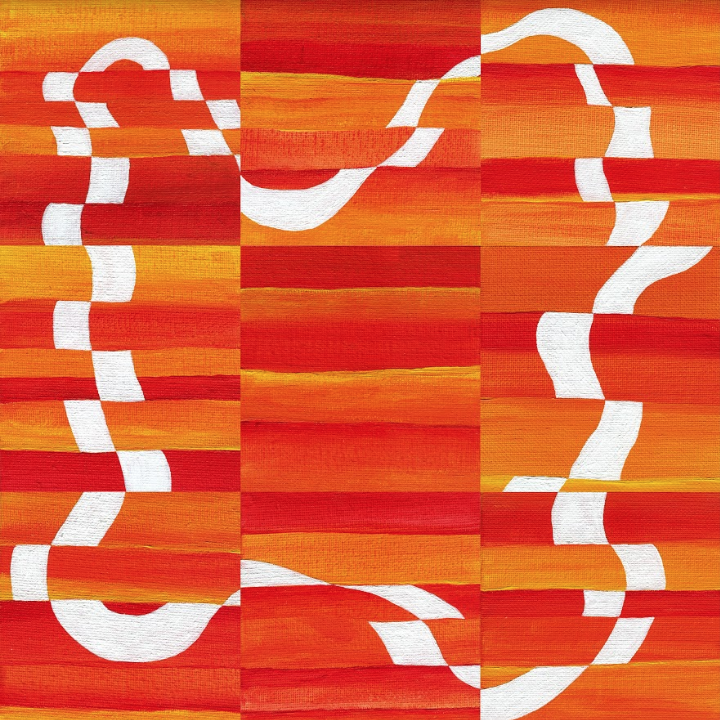 Echoes In Bloom is the sophomore album by multi-instrumentalist producer and fine-artist, Lomea. Released via Here and Now Recordings, Lomea is forging his own sound often pairing 12 string guitar with techno and electronica. His multi-layered, processed, filtered and acoustic guitars coupled with all manner of synths, found sound, field recordings, effects and electronics, lends itself as much to alternative, post and prog rock as it does dance music with nods to film-score and classical music too.

“With Echoes In Bloom I wanted to make an album without any considerations for what genre it fit into, let alone what’s currently fashionable – just whatever felt honest. Music allows me to express things in an infinitely more profound way than language ever could” he says of the album.

The album artwork is a series of 9 of his canvas paintings, interlocking to represent the Ouroboros, or snake swallowing its tail – symbolising unity, wholeness, two opposites coming together as one.

The album features ten full instrumental songs, on which he weaves the electronic with the acoustic, analogue with digital, the intense with the serene, creating a distinctive musical palette and revealing an instinctive natural warmth and empathy. His soundscape can be likened to the yin & the yang –  opposite forces, yet, existing together in the harmony of a perfect orb.

1 Stitched With its Colour

9 You Are Your Memories

Lomea Spotify Competition
Follow Lomea on Spotify to win high quality limited edition, one-off bespoke prints of the 9 interlocking canvas paintings that make up the artwork to his new album ‘Echoes In Bloom’. A print of the entire 9-painting cover is also up for grabs. 10 prints in total.

Winners to be announced on 10th June. 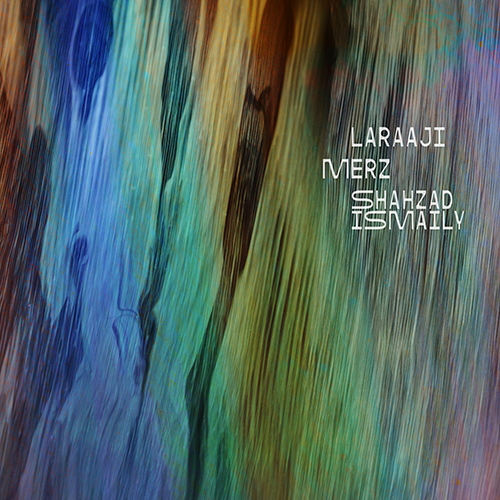 Dreams of Sleep and Wakes of Sound’ is the title of a three-way collaborative record with UK songwriter Merz, ambient pioneer Laraaji and multi-instrumentalist Shahzad Ismaily. Together they created music what they’re calling ‘Industrial-Devotional’: a sound they say could co-exist in sanctified temples and in city urbanism adding spirituality to the material world. The new album is slated for release on 5th July 2019 via Dampfzentrale Bern

“I had this semi-serious genre title of ‘Industrial-Devotional’. A kind of devotional music for the post-industrial age,” says UK songwriter Merz of his latest album, a three-way collaborative record with ambient pioneer Laraaji and multi-instrumentalist Shahzad Ismaily. He continues: “ I was thinking of a type of music that could co-exist in sanctified temples and in city urbanism. To add some spirituality to the material life, getting in there like a Trojan horse.”

Merz and Ismaily had worked together previously and the sessions for those recordings led to some ideas that spilled over into this one. “We had a few recording sessions during which we both switched around various instruments including the Chinese guzheng, the Persian santoor, an old f-hole guitar, a tenor guitar. We recorded around twelve tracks in those sessions, three of which are on this album,” Merz says.

Laraaji was brought in when Merz decided to perform a concert in Monastic conditions, which Merz describes as: “Creating a temple-like space and requesting the discipline of silence from the audience right from entering the space to leaving the space. This project was part of my Associated Artist residency at the Dampfzentrale music and contemporary dance venue in Bern, Switzerland.” As an artist who radiates zen-like qualities in both his personality and work – as well as being a master of the zither – Laraaji was the first artist he thought of asking to be involved.

For Laraaji when he listens back to the finished record it sits neatly in line with Merz’s intentions for his newly created genre Industrial-Devotional. “Listening to this album takes me to visions of a modern dance theatre in rigorous performance. It brings up visually and emotionally the harsh ambient conditions of urban industrial factory worker life perhaps in Asia somewhere: relentless hurried longing for relief from paralyzing life work and an anxious longing for comfort and gentleness”.

Laraaji : Merz “Rent a New Place, Everything Could Change” from Jed Ochmanek Studio on Vimeo.