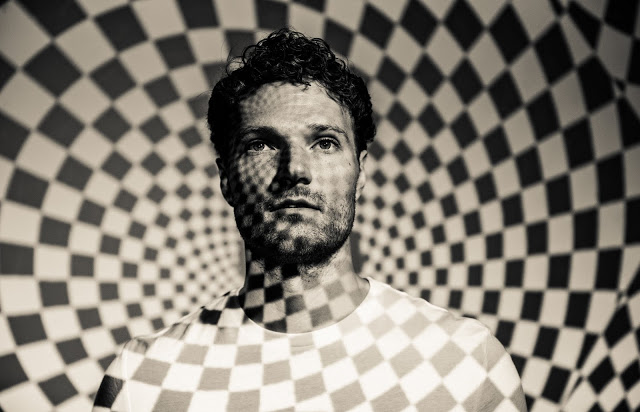 Born, raised and currently based in Halifax, Canada, Rich Aucoin has been fully immersed in music ever since he can remember, learning how to play almost any instrument he could get his hands on while also teaching himself production and home-recording. The official music video for Aucoin’s ‘The Base’ was released on the 7th of June, adding to Aucoin’s stunning audio-visual portfolio. ‘The Base’ serves as the opener on Aucoin’s third album, Release, and is the sixth track from the album to have received a video.
‘The Base’ is a percussion-powered track featuring a philosophical message from neuroscientist, philosopher, and best-selling author Sam Harris about living in the present moment. The video is beautifully shot and edited, presenting Aucoin, dressed in a suit, in open natural environments of land and sea. The track and video draw attention to the chaotic forces of nature, dwarfing the significance of time as defined by human beings and asking us to carefully contemplate our relationship with time, the natural world, our communities and ourselves. A brief offering, ‘The Base’ captures the audience’s attention with its unusual vocal sample and holds it from moment to moment through its dynamic soundscape and alluring visuals.
A philanthropist at heart, Aucoin has raised money for several charities with his music. He has cycled coast to coast twice for both Childhood Cancer Canada and The Canadian Mental Health Association/Mental Health America; cycling to each show. He has also crossed Canada for the Canadian Heart & Stroke Foundation running a series of half-marathons.
Aucoin is a bold artist inspiring change through his actions. ‘The Base’ and its visual accompaniment sets the perfect tone for Release, a catalogue of reflection on the personal, social, political and spiritual.