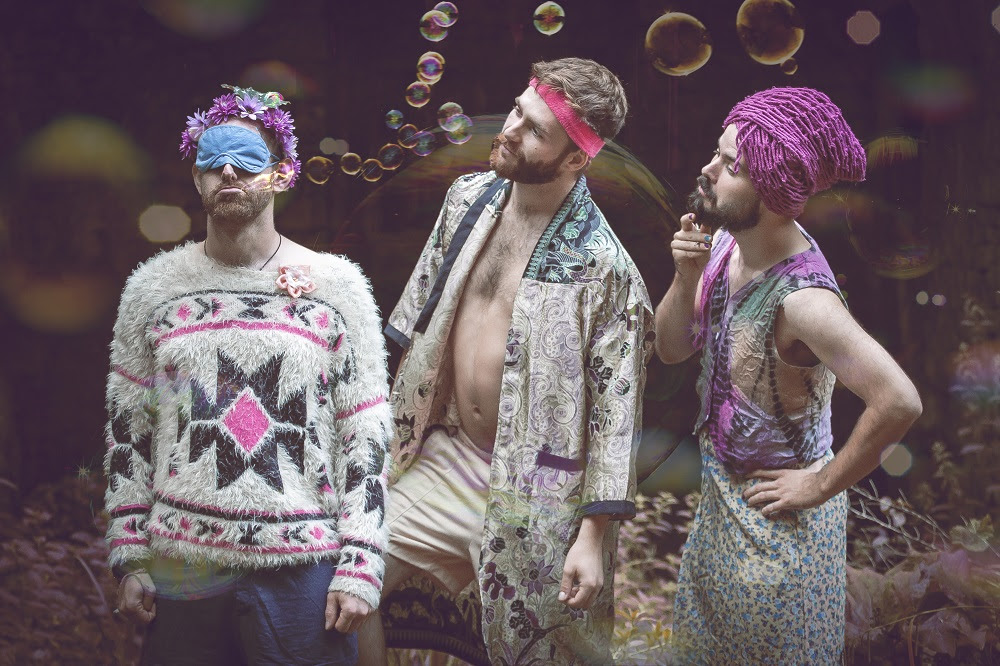 Bristol-based experimental three-piece My Octopus Mind have released their debut album Maladyne Cave, today July 10th. The band have carved a bold yet delicate niche for themselves amongst the ever-growing and ever-changing Bristol music scene. Inspired by it and embodying its creativity and idiosyncrasies.

Maladyne Cave is a journey, from start to finish. It explores the concept of human nature’s need to control and manipulate in the context of love, war, politics and religion. A dredging of the soul in all its battles with being human. The inevitable failure of our conquest over the planet and ultimately an undiluted analysis of the self, allowing the subconscious to speak. The thoughts and feelings behind every song are not only apparent in the lyrical content, but are also very evident in the ambient, sometimes dark and hauntingly beautiful music that supports them.

This mind-altering album, recorded over two years, embodies creative obsession – the bands’ musical ability, drive and attention to detail are clear to see here and no more so than for guitarist/vocalist and producer Liam O’Connell, who ended up living in his studio for a year to be able to afford to self-fund the record.

Art really does imitate life for My Octopus Mind, and this is no more accurate than in the carefully chosen yet tongue in cheek title Maladyne Cave. “Maladyne”, a hybrid of “Melodyne”, an autotune software, laughing at the obsessive attention to detail in the creation process and “Malady” a sickness of the mind in relation to our modern culture. “Cave” refers to a long, thin, dark room where the band recorded and spent most of their time for two years.