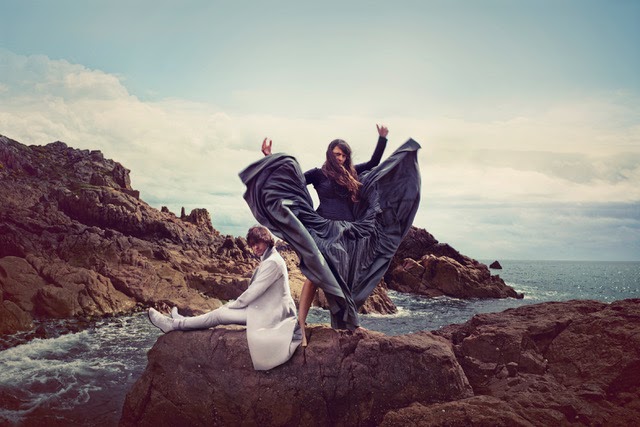 Skylark & The Scorpion have announced their cinematic upcoming new album: Weather The Storm, out 4 Oct 2019, via Skinny Dog Records. Weather The Storm is both a record of majestic folk beauty and a breathtaking cinematic experience from the recording/writing partnership of Nick J Webb (The Lea Shores / Nadine Shah) and vocalist Petra Jean Phillipson (David Holmes/Martina Topley Bird/Marianne Faithful).

To commemorate the album’s announcement, the Skylark & The Scorpion have revealed the first two chapters of a 40-minute short film that accompanies the entire record. Following the emotional journey of the two star-crossed lovers: the Skylark and the Scorpion, viewers are able to tune into a progressive narrative that will gradually unfurl their destiny with a string of videos, each soundtracked by a song to be featured on the album. There is a new instalment set to be unveiled every week leading up to the release of Weather The Storm in the Autumn.

“Weather The Storm is the debut album by Skylark & The Scorpion; an ambitious musical odyssey that tells the tale of two haunted souls on their search for re-connection. A conceptual project formed around the pairing of creator, producer and songwriter Nick J Webb (The Scorpion), and vocalist Petra Jean Phillipson (The Skylark), the album finds the duo assume the roles of two ill-fated lovers as they traverse through a turbulent story arc told through the album’s captivating song cycle. A true labour of love and a long time in the making, the Skylark & The Scorpion record arrives at the end of a journey almost as epic in reality as it is in its fiction.” – Nick tells us.