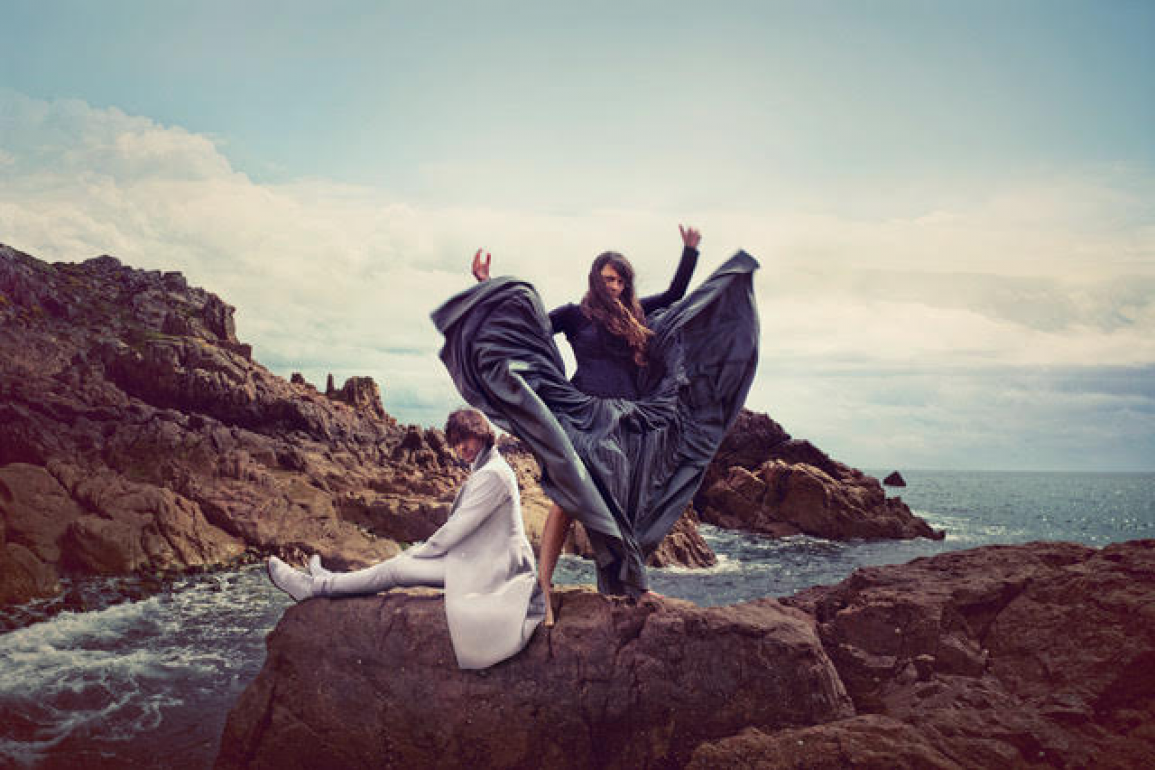 Set for release on Skinny Dog Records on 4th October 2019, Weather The Storm is both a record of majestic folk beauty and a breathtaking cinematic experience from the recording/writing partnership of Nick J Webb (The Lea Shores / Nadine Shah) and vocalist Petra Jean Phillipson (David Holmes/Martina Topley Bird/Marianne Faithful).
The duo who have been revealing chapters of the 40-minute film and soundtrack album sequentially in the run-up to its full release this Autumn have now unveiled ‘Come Forward And Say’. Featuring the orchestral arrangements of Nell Catchpole and layered with Petra’s inimitable siren song adding heartbreaking depths of sorrow, ‘Come Forward And Say’ is a spellbinding new track that returns us to the world of Skylark & The Scorpion.
As with the rest of the film, the video for ‘Come Forward And Say’ was recorded off the coast of Scotland in the middle of Winter; with the band, cast and crew battling against the harsh terrain and bitter elements in pursuit of this stunning visual accompaniment to the album. Directed by the esteemed Finlay Mackay and starring Nick and Petra in the roles of doomed lovers the Skylark & The Scorpion, this latest scene takes place at a frozen lake near the Eashaness Lighthouse of Shetland.
“Today we release the ‘frozen lake’ scene soundtracked by the song COME FORWARD AND SAY,” says Nick. “It’s the only scene in which we both wear white, and when you watch the film in its entirety, the reason for this should come clear! It really was a beautiful location and the light was stunning.”
Skylark & The Scorpion conceptually follows the journey of two star-crossed lovers, romantically entwined but perhaps destined never to be together. Beginning with atmospheric opening salvos ‘Weather The Storm’ and ‘Hey Lover’, the duo have been unwinding the chapters of this epic story through successive videos, each soundtracked by a song to be featured on their upcoming album.
Launching the full film and album on 4th October 2019, Skylark & The Scorpion have also announced details of a special one-off show at the St Matthias Church in Dalston the same night. Performing with an 8 piece orchestrated band, Nick and Petra will be playing the entire album in the soundtrack to the film as it is projected simultaneously on a cinema-sized screen behind them.