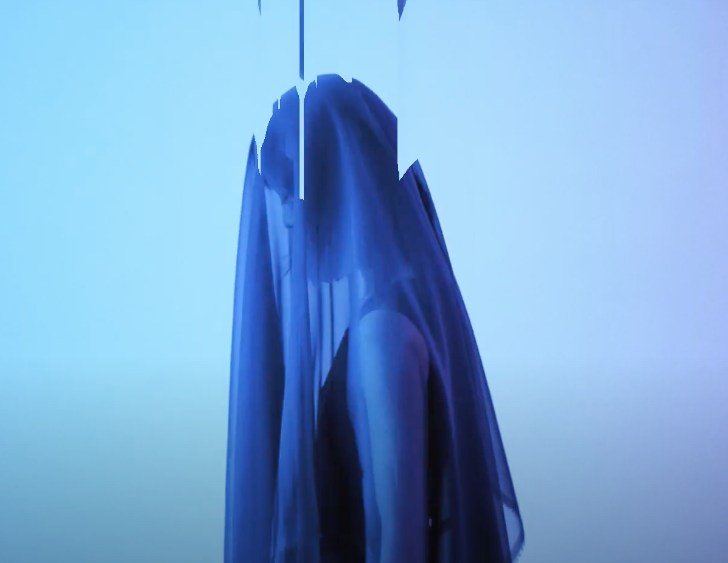 Since Art of Algebra broke onto the electronic scene in late 2019 with the release of his self-titled debut album, music critics have been watching him closely. Steadily racking up streams and garnering praise from those in the know, the Dublin-based producer will gift us two spectacularly-produced videos to accompany tracks from his eponymous LP before moving on to new material.

The first of these video releases is for the track ‘Maasai’ – a driving and melodic ambient track which will now be accompanied by a ground-breaking video featuring Hallinan‘s wife, the Japanese ballerina, Hinata Yamagishi, who performs in a mix of classical and contemporary ballet styles that closely mirror the off-kilter beat and dark atmospherics of the track itself.

As Hinata performs her routine through layers of fine silk, her surreal world is gradually warped and transformed using cutting-edge CGI.

David Hallinan, A.K.A. Art of Algebra, says: “As Hinata’s choreography mirrors the pulsating synthesizer sounds of the track, watching this video feels like seeing my own spouse become the embodiment of my music. Cian’s production and the whole aesthetic that he’s captured matches the atmospherics and the mood of the track perfectly.”

The video was directed by Cian McKenna and shot in The Mill Studios, Dublin.